The sharing of stories of  NDE (near death experience) is not something that is new to this century or in centuries past. As far back as the 4th century BC, Plato describes the near death experience of a soldier. Suffice it to say even back then at least a few people were not only having the experience but were talking about it, too. Each year there are more reported instances of these phenomena and one has to wonder about how many go unreported because the individual who had the NDE is fearful of being labeled unkindly. In the United States there have been more than 8 million individuals who claim to have had this experience personally. The numbers of people reporting has grown to the extent that NDE is now actually studied in the fields of psychiatry, psychology and hospital medicine.

Some scoff at the idea of anyone actually having a near death experience and explain it away as the patient or person having had an hallucination, dream or a very vivid imagination. People who are connected to life in a more spiritual way of processing information or who are following a particular faith do not normally dismiss these phenomena as easily. It might also depend on whether an individual has themselves had the experience or knows someone in their life who has related their own NDE story as to whether they believe in it or not. Something that does seem pretty convincing is that individuals who have no connection with the others often experience the same type of scenario. They seem to know that they have died or are very near it, some even see themselves outside of the body. All experience a sense of being in a tunnel, the dark or climbing a staircase. Many report seeing loved ones who have passed before them or religious figures. Most talk of a sense of peace that overcomes them and just about all report an experience with a bright light. Some are told to go back and some are given specific directions with what to do with the remainder of their lives while others say that they decided to come back on their own. The stories are unique to the individual and yet similar to others across the world.

If this is a topic that you have a great deal of interest in, you might enjoy some of these books about NDE or near death experiences.

The Message
For myself this was a very powerful and comforting book to read. The author, Lance Richardson, relates his experience while in a comatose state after a near fatal accident. He tells of meeting spirits in a different world who taught him and gave him a better understanding of the importance of family and the future of his country, the US. By sharing his experience with others, Richardson, gives hope of a life after death and a vision of how to change the earthly life we have left to be a better one.

To Heaven and Back: A Doctor’s Extraordinary Account of Her Death, Heaven, Angels, and Life Again: A True Story

The true story of orthopedic surgeon, Dr. Mary Neal, who drowned in a kayak accident. She tells of her death, her short life in Heaven, her angelic encounters and the sadness when she was told to come back. A woman of science gives hope to those who believe in God or a higher being and tells how her own life here on earth has changed significantly since her personal NDE.

Heaven is for Real: A Little Boy’s Astounding Story of His Trip to Heaven and Back
It is not just adults who have near death experiences. This books tells of 4 year old Colton who visits heaven while going through a life saving surgical procedure. This amazing child tells of seeing the doctors operating on him and his father praying for him in the waiting room. He also relates that he met his sister who had been miscarried and that he had no knowledge of. He meets his Great Grandfather who left this earth 30 years before Colton was ever born. He gives details that he could not have possibly known about both his sister and Great Grandfather. The little 4 year old also talks about a horse that only Jesus can ride and how very big God is. The message of this little boy is clear: Heaven is real and God loves children.

Science and the Near-Death Experience: How Consciousness Survives Death

This book gives some amazing accounts of NDEs across the globe and talks about the belief of humans in an afterlife that most probably predates Neanderthal man. The author asserts that the consciousness is actually separate from the brain and that it can survive after the brain and body are turned off, so to speak. Documents that there is clearly evidence that the mainstream science theory that the two are connected is just not accurate. A compelling and well written book that could make believers out of non-believers.

There Is More . . . 18 Near-Death Experiences
The author shares her story of a life of abuse and personal struggles along with her own near death experiences. She also relates the stories of 18 other people from across the world who have also experienced the phenomenon of an NDE. I think that through the sharing of the stories that we find a message of a better way to live rather than to fear death. What really matters in our lifetime becomes clearer to us while we read this book and the different accounts of the people who left life behind for a short period and then came back to lead a life that was truly different from that moment on. 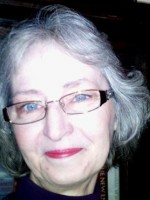 Beverly Owens follows the teachings of her ancestors in her spiritual journey. Whether you call the spirits that guide you angels or by another name, Bev believes that the beings are teaching us the same messages…to live a loving, compassionate and peaceful life. To learn more about the spirit that guide her you can visit her blog: http://native-american-totems.com