Lama Zopa was in the Netherlands over the past few weeks and was scheduled to teach a weekend on the Kadam Masters (*). I went, because I very much enjoyed his book Kadampa Teachings. I felt an affinity to these Kadam masters – there is a freshness about them that captured my interest. So in preparation for the weekend with Lama Zopa, I also bought Wisdom of the Kadam Masters. I have just finished that book and I loved it.

The Kadampa are the students of Lama Atisha (982-1054) who went to Tibet to clarify the Buddhist path. He developed the Stages of the Path (Lam Rim) perspective. His students influenced all schools of Tibetan Buddhism. Out of his lineage came Lama Tsong Khapa who founded the Gelugpa order.

Perhaps because they stood so close to the Indian influence, many of the Kadam teachings come home for me in a way that the more structured later teachings sometimes fail to do.

In Wisdom of the Kadam Masters Thubten Jinpa has selected teachings from his The Book of Kadam: The Core Texts (unaccountably more expensive for Kindle than in hardcover), included introductions, notes, glossary and index – no doubt creating a book that is both more affordable and more accessible to a general audience. In me it had the unfortunate tendency to wish for the full book. Because the material in  Wisdom of the Kadam Masters is just so refreshing.

What stands out most, in hindsight, are the playful dialogues between Atisha and his main disciple Drom, with the Buddha Tara as the occasional visitor. When we read and try to practice devotion to the spiritual teacher, we generally don’t think to tease him and ask impertinent questions. Well, this is exactly what Drom DOES do. Reading it might make Western devotees relax a little. The Tibetan humor apparently has a long history.

“How should one examine the mind when attracted to a form? “

“Drom, examine the shape and color of that mind.”

“How should one examine it when attracted to a sound?”

“Drom, examine whether the mind has a sound.”

“How should one examine it when attracted to a smell?”

“Drom, examine whether the mind has a smell.”

“How should one examine it when attracted to a taste?”

“Drom, examine whether the mind has a taste.”

“How should one examine it when attracted to tactile sensations?”

“How should one examine it when attracted to phenomena?”

“Drom, apart from these sense objects, what reality-itself is there?”

“Master, there are fabrications of conceptualization.”

“Drom, examine concepts, too, in the same manner”

“How should one examine the examiner itself?”

On the whole I don’t think either book is for the faint hearted: there has to be a definite affinity to Buddhism (and preferably Tibetan Buddhism) to appreciate most of it. For the practitioner it is the kind of book one comes back to, because it contains the essence of the path and as such – there are always teachings one doesn’t ‘get’ the first time.

*) Lama Zopa ended up teaching us about the historical background of the Shugden controversy, from the Tibetan perspective, associated with the New Kadampa Movement that has been making headlines by protesting outside teachings by His Holiness the Dalai Lama – pretending he has violated their freedom of religion. Here is what His Holiness has to say about the practice. And perhaps especially this clarification which makes it clear that this is NOT about freedom of religion. 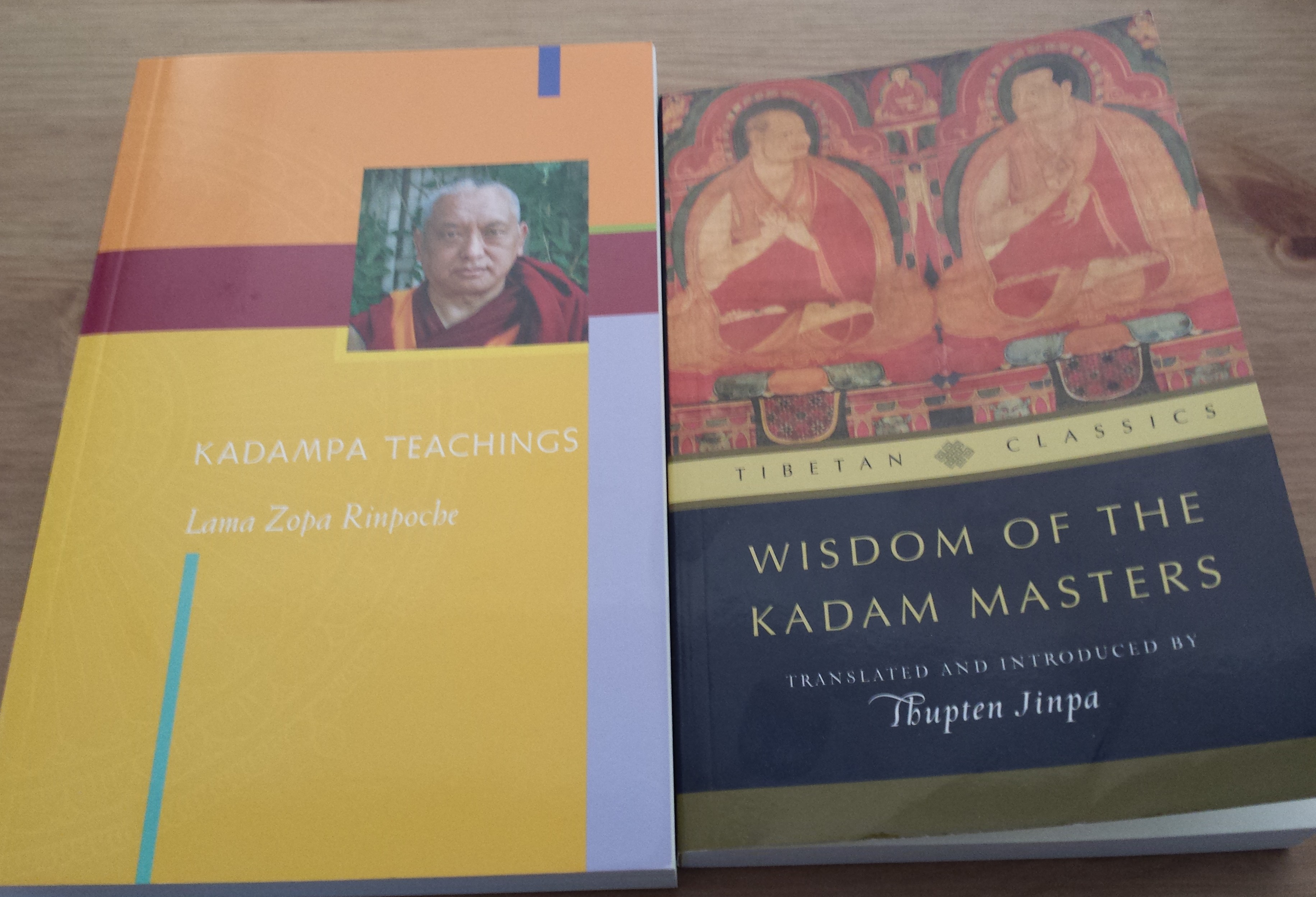