This is a commentary on the Yoga Sutras of Patanjali in the light of modern thought. The translation by I.K. Taimni is a very scholarly commentary on THE yoga classic: the Yoga Sutras by Patanjali. Taimni not only explains each sutra, but also puts them in the context of Indian philosophy in general. As a scientist he also uses graphs to explain his interpretation and relates his insights to the scientific insights of his day (20th century).

This is not the most meditative translation you will find, but perhaps the most comprehensive. It includes the original Sanskrit, a word by word translation as well as an English translation of each verse.

I’m working my way through this translation & commentary. It’s very fascinating. I came prepared for the language by years of theosophical study and some knowledge of Sanskrit. This makes the reading doable.

The style isn’t the easiest, but the insights make it well worth it.

Among theosophists this book has a very high status – it’s studied by all the lecturers.

Yoga and the Yoga Sutras

If you’re thinking of asanas and yoga mats when you hear the word ‘yoga’, you may be in for a rude surprise. The Yoga Sutras aren’t really about yoga as a type of fitness. What is called yoga in the west should perhaps be called ‘yoga gymnastics’, because it is usually nothing more than a way to become more flexible and get a more balanced body.

Taimni’s yoga has eight limbs, and none of them have to do with posture or gymnastics. Hatha Yoga, from which most yoga practice has evolved, is only one of the possible types of exercise that may be taken on. But the ultimate goal of yoga is, in Taimni’s translation:

Yoga is the inhibition of the modifications of the mind.

In more modern words: yoga is about meditation and specifically that kind of meditation that stills the monkey mind.

The eight limbs of yoga

These are ordered – and they start with yama and niyama: morality and restraints. In other words: do’s and don’t’s. Westerners tend to think they can skip this step, but a traditional teacher would tell you that it is the foundation and without a foundation a house isn’t very sturdy.

The path of astanga yoga described in the Yoga Sutras starts with yama: things to avoid, or restrain yourself in.

Most people don’t like lists telling them what to do or not to do, but this one is quite reasonable, I think. Though of course perhaps not altogether popular in all quarters.

This is the positive advice given to those who are already living according to the moral rules in the yamas. 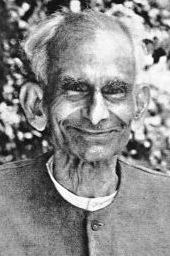 This is an intellectual book. That doesn’t mean it will not help on the practical meditative path to Moksha: it will. Studying this book will definitely deepen your practice. However, it doesn’t skip the intellectual understanding to know what you are doing either.

Buy now: The Science of Yoga: The Yoga-Sutras of Patanjali in Sanskrit

One thought on “Yoga Sutras by Patanjali, Science of Yoga, by I.K. Taimni”